Sedona Academy of Chamber Singers was created in 2010 to celebrate the 50th anniversary of The Church of the Red Rocks in Sedona, Arizona and the 25th anniversary of their Reverend, Dr. George A. Ault.   Now entering its eleventh Season, the ensemble gives undergraduate and graduate voice and choral students from around the Southwest an opportunity to experience singing in a semi‐professional choir.  The choir has performed throughout the state, most notably serving as a back-up choir for multi-platinum recording artist Josh Groban and opening for the vocal jazz/a cappella powerhouse, The Real Group.  In 2016, the ensemble was featured prominently in celebrations throughout Northern Arizona to commemorate the 100th Anniversary of the National Parks Service as an example of musical excellence in Arizona.

As the choir-in-residence at The Church of the Red Rocks, “The Sedona Academy of Chamber Singers and The Church of the Red Rocks have entered into a partnership with the express purpose of promoting the art of music, with the knowledge that doing so will enrich the lives of young people and adults alike and foster an atmosphere of intellectual and artistic curiosity among both patrons and members” according to Dr. Ryan Holder, Professor of Choral Studies at Northern Arizona University and Founding Artistic Director of the Sedona Academy of Chamber Singers.

The group's members fluctuate each year, collaborating with the finest choral musicians in Arizona. Because of their close connection with Northern Arizona University, the group acts as an educational experience for students, graduate and undergraduate alike, to experience the rigor and high standards of singing in a professional choral ensemble. As such, the choir receives music packets ahead of rehearsals and each member is expected to prepare all necessary repertoire before the first meeting. The group then rehearses together for one week, and at the end of the week, presents a concert of 15-20 choral works in various languages, styles, and voicings. 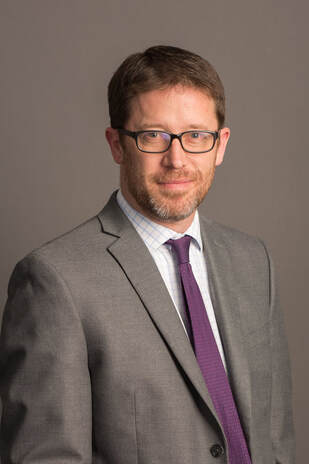 Ryan W. Holder is currently in his fourteenth year as the Associate Director of Choral Studies at Northern Arizona University (Flagstaff, AZ), where he directs the Women’s Chorale, Northern Voices and High Altitude vocal jazz ensembles, teaches undergraduate and graduate conducting and choral methods, supervises choral student teachers, serves as the adviser for the NAU student chapter of the American Choral Directors Association and the three contemporary a cappella groups.  In addition, he is the coordinator of the annual Jazz/Madrigal festival, which brings in over 85 high schools and 145 choirs every year.

Dr. Holder has given lectures and presentations at local, state, and regional ACDA and NAfME conventions, including a lecture on “Making the Transition from Classical to Vocal Jazz”.  His vocal jazz ensembles have also been invited to perform throughout the Southwest, including performances at state and regional ACDA conferences, and was one of only three vocal jazz ensembles selected to perform at the 2012 Jazz Educators Network Conference in Louisville, Kentucky.
​
Ryan currently serves as the Arizona State ACDA President as well as the ACDA National Committee on Educational Technology.  He also serves as the director of music at The Church of the Red Rocks in Sedona, Arizona where he is the founding artistic director of the Sedona Academy of Chamber Singers.

Dr. Holder received his DMA degree from the University of Miami in addition to bachelors and masters degrees from Southern Oregon University and University of Northern Colorado, respectively.